The meteor that "touched" Earth made Venus come to life 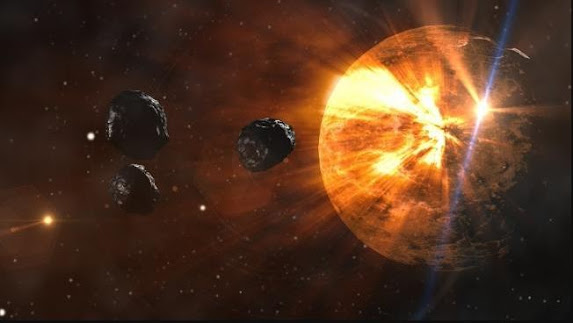 Recently, traces of phosphine gas have been found in the clouds of Venus, suggesting that it could support life. But a new study suggests that the compounds may have originated on Earth.

Harvard researchers suspect that the biosignature gas arrived on Venus from meteorites that hit our planet's atmosphere and crashed on the distant planet.

The study finds that at least 600,000 space rocks immersed in the Earth's atmosphere have collided with Venus in the last 3.7 billion years.

The 2017 meteor crashed into the Earth's atmosphere at 35,000 miles per hour for a minute and a half before returning to space.

Based on its trajectory as it skimmed the atmosphere, the team estimates that the rock had a diameter of about 12 inches and probably weighed at least 132 pounds.

Although the abundance of Earth's life in the upper atmosphere is unknown, these planetary shepherds may have been able to transfer microbial life between the atmospheres of Earth and Venus," says the Harvard study.

Previous research has shown that life can be found up to an altitude of 43 miles from the surface.

Asteroids touching Earth can dive 52 miles deep without significant warming. Another deeper asteroid would kill any life it has collected from our planet.

More work is needed to investigate the existence and abundance of microbial life in the upper atmosphere," says the study.

The team also notes that if a meteorite from Earth enters another planet's atmosphere, the hitchhiker microbes could be released into the clouds before the rock dissolves into the atmosphere.

A future probe that could sample the habitable cloud cover of Venus could allow direct detection of microbial life outside of Earth:

The researchers have warned that phosphine detection is not substantial evidence of alien microbial life. The phosphine gas indicates that potentially unknown geological or chemical processes are taking place on the planet.

Is there alien life out there?

Mankind has been wondering about it for decades, and it could finally become a reality. Astronomers have discovered that there could be life on Venus. Does this mean that we will finally meet the aliens? Could this help us discover more aliens?.
at September 26, 2020
Labels: science, space
Newer Post Older Post Home