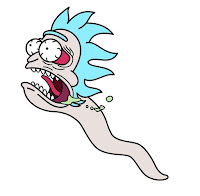 Materials that slow the movement of X sperm

In most mammals, half of the offsprings are females, and the other half are males.

For humans, this ratio maintained, and women are about 49.5 of the human population.

The egg always contains an X chromosome while the sperm can contain an X and lead to a female, or a Y leading to a male.

The likelihood of each type of sperm cell is almost equal.

So far, IVF processes have been entirely randomized in neonatal sex.

There was no way to separate the X and Y sperm in a way that would leave them intact and capable of fertilizing the egg.

Now researchers at Hiroshima University in Japan have found a way to separate the X and Y sperm of mice without damaging the cells themselves.

In mice, the X chromosome contains over 3,000 genes, compared to less than 700 in the Y chromosome.

As a result, the X sperm contains only proteins unique to them.

The researchers knew that under certain conditions, differences in the movement of the X sperm and Y sperms created in the fluid.

For example, in an acidic or high-temperature environment, Y sperm move less than X sperm.

The researchers hypothesized that this difference was due to the different proteins that work in each type of sperm.

Something in these differences would make it possible to differentiate between male sperm and female cells.

Previously, it was discovered that male and female sperm cells display different receptors on their surface.

The researchers chose to focus on two of the receptors - TLR7 and TLR8 - that are present on X sperm but do not exist on Y spermatozoa.

Researchers incubated the sperm cells with substances called Razquimod and Imiquimod that bind to the receptors and examined their ability to move in a fluid.

The research found that there was a slowdown in the X sperm movement but not that of Y.

When they collected only the sperm cells that moved faster and fertilized mice, 90 percent of the born offspring were male.

When only the slow-moving sperm cells were collected, 81 percent of the offspring were females.

That is, the separation resulting from the addition of the receptor-linked substance has allowed direct and significant effect on the birth chances of males or females.

The separation method used by the researchers is straightforward and inexpensive.

One can imagine a world where we could very likely choose the sex of the newborn even before fertilization.

First, examine in depth the substances that bind to receptors do affect the function of the sperm cells (other than the change in velocity) and embryos that develop.

The possibility of choosing newborn sex raises complex moral questions, which we do not discuss here.

Male chicks, for example, do nothing to the egg industry, and about seven billion of them are killed each year around the world.

Researchers say they have already been able to separate the X and Y sperm of cattle and pigs.
Topics babies biology new research x sperm