These Simple Rules Will Help You Prevent Food Poisoning

December 27, 2018
Everyone knows that it is recommended to wash fruits and vegetables before eating, but what about chicken and meat?

So many think they should be washed with water - but according to the experts, the opposite is true. If you want to avoid food poisoning - these are the rules you need to follow. 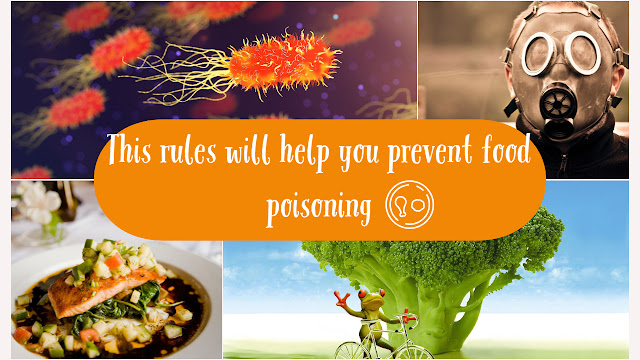 Fruits and vegetables - wash, chicken and meat - do not wash

According to the US Department of Agriculture, the chicken and meat must not be washed with water before cooking.

It turns out that when it comes to fresh meat, this action can actually spread more harmful bacteria than reduce them.

Food poisoning is very common and can be especially dangerous for pregnant women and people with weak immune systems. Here's what you need to do in the kitchen to avoid poisoning food.

According to experts, consumers should wash fruits and vegetables with cold water, but not fresh meat and poultry.


In fact, it seems that for a long time consumers have been cautioned against washing meat with water and chicken before cooking, but the habit seems to be stronger.

The Centers for Disease Control and Prevention in the United States (CDC) claim that 48 million Americans are affected each year by food poisoning caused by disease-causing bacteria, which lead to 128,000 hospitalizations and 3,000 deaths a year.

Foods like lettuce and spinach that come packaged in advance and washed with water in advance. The dilemma is, of course, whether to rely on what is written or wash for good measure?

According to the FDA, there is no need to wash these products. It turns out that washing these products will not reduce the amount of harmful bacteria, but may actually spread them even more throughout the kitchen.

According to Benjamin Chapman, associate professor in the Department of Agriculture and Human Sciences at the State University of North Carolina.

Washing chicken in water will not remove most of the bacteria, but it can spread bacteria through hands, work surfaces, clothes, utensils used in the kitchen and other foods found Near the washing area.


Cooking temperature is just as important

A good option to prevent the presence of harmful bacteria in our food is of course to cook it well. Cooking is the only way to kill pathogens like Salmonella.

It is recommended to keep separate items such as raw meat and poultry from fruits and vegetables. Both in the shopping bag and in the fridge / freezer.

In addition, it is important to clean any surface you used during preparation, like cutting boards and other tools. It is recommended to clean both before and after preparing the food.
Topics fruits health meat nutrition vegetables