The "Hidden Hunger" Phenomenon. The surprising drawbacks of vegan diets

The surprising drawbacks of vegan diets

More and more people are choosing to switch to a vegan lifestyle, but they do not understand how to design their menu to avoid severe deficiencies in vitamins and minerals. Researchers warn it may reach malnutrition. So how can you avoid it? 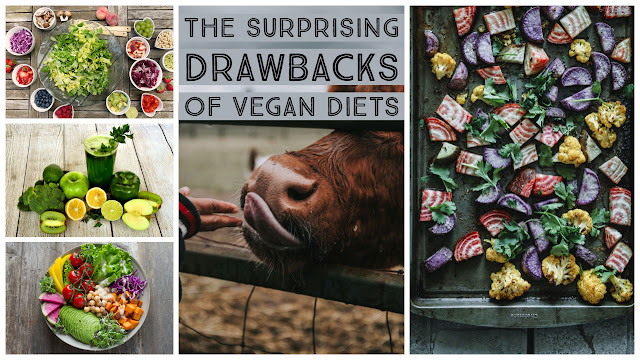 There are those who suffer from a chronic lack of vitamins and minerals because of a lack of awareness or choice of ideology.

The effects of these nutritional deficiencies are not always immediately seen, but the consequences can be severe and deteriorate into diseases, mental problems and even death.

Experts from the Department of Biology at Queen's University in Belfast call this phenomenon "hidden hunger" and try to raise awareness of the problem.


There are a number of reasons for "Hidden Hunger" in developed countries. Consumption of low-nutrient food by poor populations is a major factor.

The quality of fresh agricultural produce has also changed due to problems such as land health, poor agricultural management and climate change.

A study commissioned by the Vegetarian Resource Group found that vegetarian diets may reduce the risk of chronic diseases, but vegan diets that do not replace the critical nutrients found in meat and eggs with other nutrients can lead to severe health problems.

Thus, for example, the study indicates that the ratio of orthopedic fractures in vegans is three times higher than that of the general population.

Vegans should therefore increase intake of calcium and vitamin D. The levels of omega-3, iodine and vitamin B12 were also lower in comparison to meat eaters.

Lack of vitamins and minerals significantly affects many vital systems. Lack of iodine may lead to depression.

Lack of calcium, magnesium and vitamin A, D and E can cause fatigue, weakness, gastrointestinal problems and developmental delay in young children. Lack of vitamin B12 can cause irreversible nerve damage and increase the risk of heart disease, depression, damage to the nervous system and bone fractures.

This is not the first time that researchers are nutritionally examining the possibility that more and more parts of the population will adopt the vegan diet.

The American Society of Sciences declared in 2017 that if the majority of the public becomes vegan many will suffer from a severe shortage of important nutrients. "There are nutritional requirements that can not be met based solely on plant-based diets, and this is in line with the fact that we have evolved to be omnivores," the researchers said, adding that they also recommended supplementing the diet with supplements that could fill the gap.

The experts recommend that people who live a vegan lifestyle must eat high-quality foods rich in vitamins and minerals and supplement with supplements.

It is important to note that opponents of the use of supplements claim that they tend to be less effective.