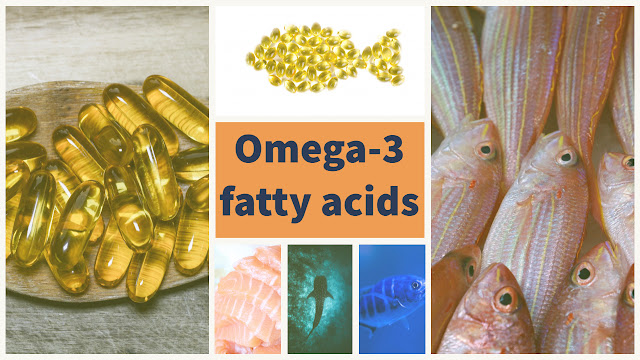 The Scientific Committee of the American Heart Association published a scientific statement on omega-3 fatty acids from seafood, including sea fish, freshwater fish and shellfish, as well as nutritional supplements In the context of cardiovascular disease.
The omega-3 fatty acid content in seafood is not uniform. The highest content of omega-3 fatty acids is found in fatty fish derived from cold water, such as salmon, anchovies, herring, mackerel, tuna, and sardines. On the other hand, lower content is found in shrimps, lobster, scallops, tilapia, and cod.

Omega-3 fatty acids are integrated into cell membranes and have a wide range of proven physiological effects. The available research evidence for their effects from a seafood source is more limited than that in supplemental effects.

Among the effects are: beneficial changes in the function of ion channels in the heart, positive effects on beta- 1 adrenergic receptors and other receptors, effects on intracellular signaling pathways, intracellular communication, as well as increased membrane leaks.


Concerns about the presence of mercury in seafood

Experts explain that higher concentrations of mercury are found in large prey fish, such as sharks and swordfish. Mercury has neurotoxic effects on all mental processes in fetuses and children.

However, the study evidence suggests that the benefits of consuming 1 to 2 servings of fish per week by adults outweigh the risks, especially when consuming a variety of seafood.

It is important to note that the American Heart Association recommended consuming omega-3 fatty acids at an average of 250 milligrams per day. It is sustainable and can be obtained by consuming fish, including fish grown in ponds, 2-1 times a week instead of other sources of animal protein.

Increased seafood consumption can be achieved by a wide choice of seafood, including fatty fish from different geographical regions.

Conclusions of the Advisory Committee of the American Heart Association

Some evidence supports the recommendation to consume 1-2 times a week non-fried seafood, especially fish with higher omega-3 fatty acids, because of their benefits of reducing the risk of cardiovascular disease, including lower risk of coronary heart disease, and stroke.

The dietary guidelines for Americans recommend consuming 8 ounces of seafood (about 226 grams) or 2 servings per week, which are sustainable. Seafood is recommended as a good source of protein, vitamin D, vitamin B12, and omega-3 fatty acids.

The current research evidence strongly supports the recommendation that seafood should  be an integral component of a heart-healthy diet pattern.
Topics cardiovascular health omega 3