December 23, 2018
Magnesium, Melatonin and Probiotics for Fibromyalgia Nutritional supplements are often used to treat fibromyalgia-related symptoms, which cannot be relieved with medication.

The supplements facilitate one particularly challenging aspect of the condition, such as disruption of sleep. Blood tests are used to determine the nutritional deficiencies that can be treated. 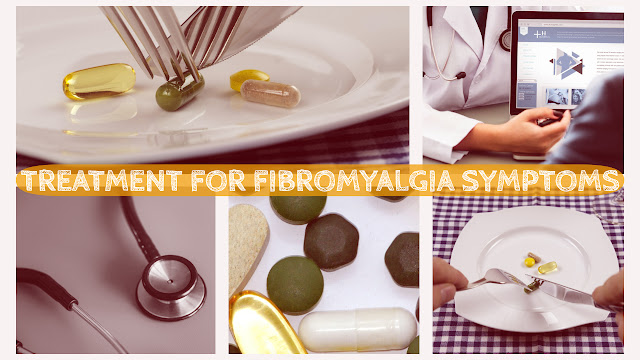 Treatment of fibromyalgia symptoms - Personal experiences change, but magnesium, melatonin and probiotics are among the most proven supplements in medical literature.

People with fibromyalgia are more likely to experience magnesium deficiency, and many physicians advise their patients to take this supplement. Magnesium is a mineral that occurs naturally in the body and in many foods and is important for functioning.

A study that followed 60 premenopausal women with fibromyalgia examined the effect of taking magnesium citrate, antidepressants, or a combination of both. When a daily dose of three hundred milligrams of the supplement was consumed alone, most symptoms, including pain and depression, decreased.

When the dose of the supplement was consumed with a daily dose of 10 milligrams of antidepressants, it alleviated the symptoms of depression.

A small study conducted in a Fibromyalgia Clinic followed the use of a magnesium chloride patch on the arms and legs of women.

They were tested two weeks later, and then a month later, and reported an improvement in quality of life. Magnesium is usually sold alone, or in combination with calcium or with calcium and zinc.

The patients sleep, but not deep, and do not wake up with a sense of freshness.

In a study that followed 57 women with fibromyalgia, there was a significant improvement in the quality of sleep, and a decrease in pain and other symptoms due to a 10 milligram per day dose of melatonin or the same dose with 25 milligrams of antidepressants.

The best day to take melatonin varies depending on the type of sleep problems, so it is advisable to consult your doctor.

These are living cultures, sometimes called "good bacteria" that help with digestive health and general health.

Like bacteria in the gut, probiotic are beneficial against harmful bacteria. Probiotics supplements may help with a number of health problems that occur in many cases of fibromyalgia, including irritable bowel syndrome (IBS), vaginal infections, depression and anxiety.

Yogurt and kefir, are best known for their active animal cultures, but also "old fashioned" sauerkraut is a good source for Probiotics.

A three-and-a-half-month clinical trial of 186 fibromyalgia patients compared the results among those taking multivariate probiotics with those who received placebo. The daily dose was one milligram per kilogram of body weight per participant.

The severity of the symptoms was reduced among the participants receiving probiotics.

Keep the probiotics refrigerated before use to ensure their effectiveness, and it is recommended to check the instructions on the label.